China Beach Holidays
Chinese Culinary Journeys
Chinese Opera
Cruises in China
Festivals of China
Great Wall Treks
Shopping in China
“Our students and teachers have evaluated our trip to China to be extremely positive. It was a full but relevant programme with highly competent guides and serviceminded busdrivers. In the planning Albatros was very flexible and co-operative. It was a great success travelling with Albatros in China.”
Knud Erik Sorensen - EUC High School, Denmark

”To the ruler, people are heaven, to the people, food is heaven” 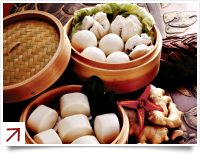 As this ancient proverb aptly states, food plays an integral role in Chinese culture and well-being. And indeed, Chinese food at its best is heaven. The food culture, spanning huge expanses of different regional customs, geographical and climatic influences, has developed an eclectic mix of cuisines throughout centuries, making it one of the oldest cuisines in the world. Each meal is painstakingly prepared to combine yin and yang influences, balance and harmony, and good nutrition.

Peking duck, braised snake porridge, mapo tofu (spicy tofu and minced meat), xiao long bao (Little dragon buns); all these dishes form part of the culinary map of China. Agriculture and climate play significant roles in the way regional cuisines differ. The most famous cuisine outside of China is Cantonese food (from Guangdong province) due to the migration of chefs from Hong Kong to other parts of the world. And in China, it is also widely considered the most superior. 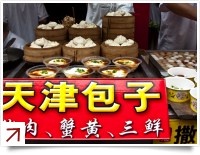 Chinese food may roughly be divided into the northern school of cooking and the southern, where the northern methods involve more use of wheat and meat and the southern styles are more rice-based and varied in terms of meat and seafood. Less rice is grown in northern China and the staple grain there is wheat, making flour-based foods such as bread, dumplings and wheat noodles more common. Northern foods are simpler in taste and due to cold weather, more oily than southern food.  In the south, people eat more rice as it is the most common grain grown there. Southern food in contrast also offers more variety and the climate is milder. The proximity to the sea also provides use of seafood in regional cooking.

The four oldest schools of cooking are: Sichuan, Cantonese, Northern (Beijing and Shandong) and Huaiyang. Later on, eight types gradually evolved after the Tang and Song Dynasties (the Beijing, Sichuan, Cantonese (Guangdong), Jiangsu, Zhejiang, Anhui, Hunan and Fujian groups). Each of these groups has its own history and unique techniques.