Visitors are often astonished by the contrasts that are so evident in this bustling metropolis. Beijing is the second largest city in China and offers visitors an unforgettable insight into Chinese culture and history. 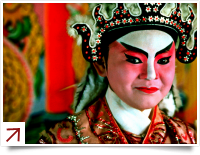 concrete neighbourhoods made up of apartment blocks, not to mention the enormous Tiananmen Square and the winding alleys of the ever-diminishing hutongs.

But in the midst of must-see sights such as the Forbidden City and significant Buddhist temples, pockets of tranquility lie scattered throughout Beijing. The Ancient Observatory’s peaceful garden, is a wonderful retreat from the busy city, and the Temple of Heaven's tranquil grounds and temple are widely regarded as one of the best examples of Ming dynasty design and perfect spots for relaxing picnics and kite-flying.

Beijing's hugeness means that it can be quite a challenge to pack everything into just a short stay, but whether you are here for a week or just a few days, you should definitely not miss the Forbidden City, the self-contained city of the Ming and Qing dynasties for over six centuries, and the vast Tiananmen Square imbued with huge historical and political significance to modern Chinese society.

If you’re looking for a more contemporary experience, stop by the 798 Art District which showcases the modern Chinese art scene in a disused factory compound from the 50’s. And if you’re feeling particularly adventurous, visit the Wangfujing Snack Street for some culinary escapades you will definitely write home about! 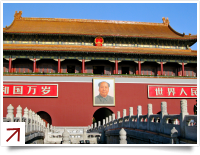 Beijing is a great shopping city. You can get cheap retail offers at the Beijing Zoo clothing market, luxury goods at The Village in Sanlitun or lovely fabric at the Silk Street market in Jianguomen. Wandering around the Liulichang antique market street makes for a pleasant afternoon stroll.

Interesting watering holes in the Beijing nightlife start in Sanlitun where trendy bars in The Village reside side-by-side with the smaller joints in the infamous “Shit Face Ally”. After midnight many bar-hoppers will move on to the clubs located near Workers' Stadium. For a more local nightlife experience, visit the Melody KTV at Chaoyang, but remember to bring along Chinese friends for the full experience.

Food is a great part of the daily life in Beijing and because of the many migrant workers, there are cuisines from all parts of the country. Local Beijing food is more than the famous Peking duck that we all know. The jiaozi (Chinese ravioli) at Xian Lao Man is typical northern Chinese and the Beijing Hot Pot is also worth trying. 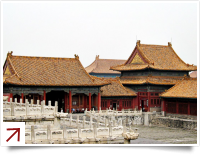 Some of the cultural experiences of Beijing will be difficult for many travellers to experience as they are conducted in Chinese, but there are a few places where common grounds can meet. The National Center for the Performing Arts is visited by some of the world’s greatest performers in classical music and opera. And Mao Live House is a great venue for a taste of the local popular music scene in Beijing.