This 6-day tour is the quintessential Beijing experience. We visit Beijing highlights, explore the hutongs and climb the Great Wall of China. The perfect tour for discovering the capital of China!

Get a quote
6 days 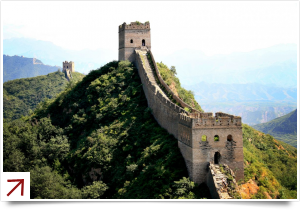 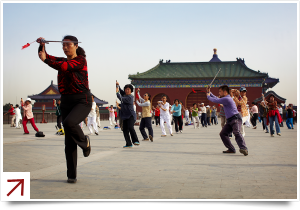 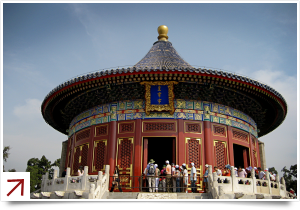 (+86) 010-84004760
info@albatros-china.com
“Our students and teachers have evaluated our trip to China to be extremely positive. It was a full but relevant programme with highly competent guides and serviceminded busdrivers. In the planning Albatros was very flexible and co-operative. It was a great success travelling with Albatros in China.”
Knud Erik Sorensen - EUC High School, Denmark

First time to Beijing or want to revisit the highlights? Look no further! This is the perfect choice for getting to know Beijing and getting an exquisite taste of China. We've specially designed this six-day tour to encapsulate the essence of the capital's 600-year-old history, as well as its fast track to modernisation. 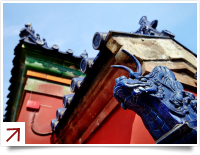 Beijing is a city of contrasts. Sprawling multi-lane highways zig-zag across this megacity and towering skyscrapers cast long shadows on the busy streets below. But in the midst of all this, you will find ancient imperial relics and buildings just a short walk away.

Amid busy streets with honking cars and armies of cyclists, just turn a corner and you can spend a delightful afternoon getting lost in Beijing's hutongs where washing flutters on clothes lines spanning the width of the alleys, where old men contemplate life as they smoke pipes in doorways, and where rickety rickshaws speed along the narrow lanes at breakneck speed. The mouth-watering smell of skewered barbecued meat, from the many food stalls, wafting seductively through the air while you haggle for that perfect souvenir, will make you forget that you are in one of the most populous cities in the world. 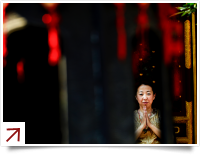 Upon arrival at Beijing Capital Airport, our guide and driver will pick you up and take you on the 1hr drive to your hotel in downtown Beijing. After check-in we will enjoy dinner at a local Chinese restaurant. 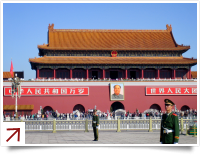 The morning begins at the Beijing Urban Planning Museum where a great model of the inner city of Beijing is on display. A visit here shows visitors the changes that China and Beijing have undergone in the last 30 years.

Across from the museum is one the greatest symbols of new China: Tiananmen Square. The 440,000m² square is home to the Memorial Hall of Mao Zedong. Entry requires a valid ID, so please bring your passport if you wish to see Mao Zedong. To the north of the square, lies the Forbidden City of the Ming and Qing dynasties. We cross over the five famous bridges and Mao Zedong’s picture to enter through the city’s south gate. There is a short walk before having lunch just next to the city walls.

Entering the Forbidden City and seeing the largest courtyard (Siheyuan) in all of Beijing, is a stunning sight that instantly transports you back to Beijing before 1910. Leaving the Forbidden City, we climb the Coal Hill or Jingshan which means the 'Hill of Scenery’ and the character Jing (景) holds the characters for both sun and capital city inside it, meaning the hill from where one can see the sun rise and set over the capital. On our way back to the hotel we visit a silk showroom before enjoying dinner in a cosy, local restaurant. 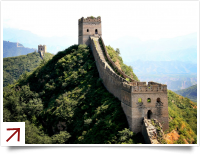 Today we’ll start in the centre of Beijing and drive through the suburbs into the rural areas of the municipality of Beijing. On our way we will visit a cloissone factory.

In the morning we will climb the Juyongguan section of the Great Wall which once was one of the most important sections of the Great Wall due to its strategic location between two mountain tops just north of Beijing.

After a good climb we proceed to the Sacred Way which leads into the area of the Ming Tombs.Thirteen emperors were buried in the area and we will visit the only tomb that was excavated, the Ding Tomb. The village is an open and friendly place so we will be allowed to visit a home and see the local supermarket. There will also be time to stroll around and get a glimpse of people’s everyday life.

Driving back on the new highway, the tall buildings of Beijing’s inner city slowly reappear showing how great construction projects have been always been embedded in Chinese history. The day will end at the Bird's Nest Olympic Stadium in the northern part of Beijing.Outside the Bird's Nest you will be able to see the extension of the north – south axis that runs through Beijing. 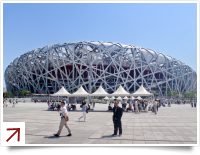 Depending on the season this will be a fairly early pick-up at the hotel (7:30am summer, 8:30am winter) as we leave for the Temple of Heaven to experience the outdoor life of Beijing locals. In every corner of the park inside the Temple of Heaven we will see elderly Beijing residents dancing gracefully, exercising and playing “pukepai” which just means playing cards but is based on the phonetics of the English word poker.

After our morning walk in the Temple of Heaven we will visit a traditional Chinese tea house and taste a few of China's many teas. From ancient China, we move on to the modern art world of Beijing.

The 798 art district in the eastern part of Beijing was originally part of the great industrialisation of the larger Chinese urban areas. In and around this joint factory area with the simple name of 798, an innovative and creative art culture arose in the early 1980s. Art shops, studios and galleries emerged in the abandoned factory buildings.

We will have lunch in a nearby restaurant. In the afternoon we watch an impressive acrobatics performance before heading out for dinner at a local Chinese restaurant and have at least one or two dishes coloured by beautiful red chillies. 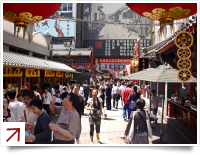 The Drum and Bell towers stand in the northern part of the old city of Beijing. We climb the Drum Tower and enjoy the view of the old narrow hutong streets that were once home to families close to the Imperial court in the Forbidden City.

We go for a fascinating stroll through the old Beijing and take in the bustle of the old hutongs and eat with a local family and see how they live inside the closed courtyards. We walk west to see Nanluoguxiang, one of the most interesting bar and shopping streets in Beijing. A holiday in Beijing would not be complete without a trip to Nanluoguxing where trinkets, food, fresh produce, clothes and other products are sold.

After a relaxing afternoon in the heart of Beijing, we go to a traditional restaurant to try the delicious Peking Duck - a dish that was once reserved for the emperor. 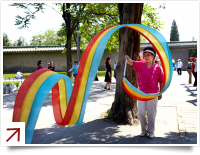 Depending on your departure time, you will be picked up at your hotel and driven to the airport or train station.

A child is defined as 12 years or younger and below 1.20m in height.

Above are prices based on the period of travel. If the dates don't fit your holiday plans, just get in touch with us and we'll arrange the holiday to accommodate your preferred travel dates.

We reserve the right to make improvements and changes to the itinerary due to local circumstances or events outside our control.

This tour starts and ends in Beijing.

An Albatros Travel representative will meet you at the airport. This tour includes pick-up and departure services. Please let us know your flight details, including flight number, arrival and departure times, in order for us to arrange your transfers.

For transfers between destinations we use modern and comfortable vehicles that have air conditioning.

This tour does not include any strenuous activity so no particular level of ability is required, however please be prepared for some walking. If you have any concerns or questions regarding disability access, please contact us in advance.

If you have any particular dietary preferences or requirements, please make these clear when you make your booking. Most types of diet can be catered for. We will eat at local restaurants. It’s not a problem to maintain a vegetarian diet in China.

Breakfast at the hotel is usually an international breakfast buffet.

In general, tourists do not need any vaccinations. Malaria vaccinations are not necessary in most parts of China. However, we advise you to consult with your doctor before travelling. For more information about health and vaccinations, please look at this website.

Weather in Beijing
Summertime in Beijing is usually charaterised by hot and humid days followed by balmy evenings. Winters are often very cold with temperatures dropping to -10 degrees Celcius (14 degrees Fahrenheit). Spring and autumn are good seasons for visiting China's capital although spring sometimes sees sandstorms caused by the winds blowing dust from the Mongolian steppe.

Baggage and what to bring:

Baggage
For domestic travel by air, the baggage allowance is 20kg (44lbs) per person. Since we do not provide tours with international air travel, please check your airline's website for luggage weight limits.

Adaptors
Flat two pin outlets are used in China. European round two pin outlets can also be used but don't fit perfectly. A plug adaptor can be purchased in most electronic stores.

Most travellers need a tourist visa to China. Please consult the Chinese consulate or embassy in your country of residence for visa application. This website may be useful in providing information regarding the application procedure.

If you need to cancel
We understand that your travel plans sometimes change and we try to be as flexible as possible. However as we have to book accommodation at hotels we are also bound by their cancellation policies. In general, the following rules will apply when cancelling a tour you have booked:

- If cancelling within 45 to 31 days before commencement of our services: 20 % of the total booking value will be levied

- If cancelling within 30 to 15 days before commencement of our services: 60 % of the total booking value will be levied

Why not extend your stay with one of these offers

Extend your holiday and spend 3 lazy days chilling out in China's tropical paradise! Stay in a 5-star resort, dip your toes in the turquoise South China sea and relax on the sandy white beaches.
Read more
3 days from $294
Page 2
Get a quote
Go to top