Renowned for its natural beauty, Hangzhou is one of the most popular tourist destinations in China. Its famed West Lake was recently included on the UNESCO’s World Heritage list and the surrounding parks and mountains offer incredible nature experiences for all travellers. 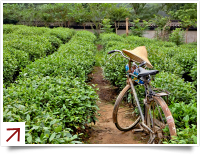 Hangzhou is Zhejiang province's capital and was the imperial capital during the Song dynasty. When the Grand Canal was established Hangzhou began to prosper, and it also became a major centre for trade. Hangzhou became the Song dynasty capital from 1138 until 1279 and silk production boomed during this era.

Today, it is mostly known for its impressive West Lake and natural beauty. A walk around the lake is essential if you are visiting Hangzhou.  Admired by countless poets and painters, the lake is the symbol of Hangzhou and has been immortalised in many paintings and scrolls throughout time. Originally a lagoon connected to the Qiantang River, a dike was later built and the manmade lake is 3km long and two causeways split it into sections. With several islands on the lake, the largest and most famous is Gu Shan, Solitary Hill, linked to the mainland by Baidi causeway.

There is a multitude of scenic spots for leisurely strolls and picnics which bears testimony to the city being widely acclaimed as one of China’s greenest cities. One of Hangzhou’s main attractions is the Temple of Inspired Seclusion, a temple destroyed and rebuilt 16 times.

Hangzhou is well known for its tea and idyllic tea plantations are located just outside the city in the village of Longjing. For a piece of Chinese political history, an interesting afternoon could be spent visiting the former home of former Communist leader Lin Biao who was condemned as a traitor after his death in 1971. 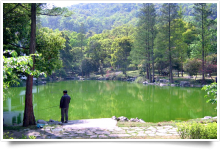